A little over a week ago, I spoke at Ramon Ray’s 12 Hours of Tech conference in New York. If you recall, I wrote about my Jet Blue experience, but I didn’t mention my experience at the event. For the first time outside of InfusionCon, I used SMS text messaging to capture leads into Infusionsoft. If you do events and you struggle to capture leads, read on to find out how I captured 94% of the audience the easy way.

I had 30 minutes to speak consisting of 20 minutes presenting and 10 minutes of Q&A.  I talked about precisely how follow-up failure kills small businesses, multiple system chaos contributes to the problem, and how email marketing 2.0 is the solution. I tried to engage the audience by pushing on their small business pains a little bit. I also mentioned Clate & Scott’s new book Conquer the Chaos since we were on the same topic.

At the end of my presentation, I told the audience how to get a free copy of the book and request more information about Infusionsoft. All they had to do was text the word “chaos” followed by their email address to 411247. Of the approximate 51 people in the room, 48 of them texted in. They were automatically tagged (segmented) in Infusionsoft, received an email, immediate text response, and they were started on a follow-up sequence.

I was shocked! I knew SMS text messaging would provide an easy way to capture leads, but I had no idea it would be so successful.

How did I do it? I used a service called BoomText. BoomText is a text message platform that allows you to create keywords (e.g., “chaos”) and have people text those keywords in. It also allows you to send broadcast texts to a list of recipients. What it doesn’t have is a built in automatic follow-up engine like Infusionsoft.

That’s where InfusionSMS comes in. InfusionSMS is a web-based app that ties BoomText and Infusionsoft together. When people text in keywords, it creates a contact record in your Infusionsoft account (or updates an existing one). Then it will run an Action Set, which is a group of actions like, tagging, sending emails, starting follow-up sequences, notifying people, etc.

Once people are in your Infusionsoft CRM, you can send broadcast texts from Infusionsoft or even use text messages as part of follow-up sequence. It’s great for appointment and event reminders and just about anything else that could be accomplished with a text message.

Will you reap a 94% response rate? Maybe. I was lucky I attended an event focused on small business technology. These days, everyone has cell phones and texting is even bundled in their plans. It’s relevant to point out that texting is quite powerful as an inbound marketing medium alone if sending text messages isn’t your thing.

I also want to share my relationship with InfusionSMS. I created InfusionSMS under “Chunk Web Services LLC” — an entirely separate entity from Infusionsoft where I invested many late nights creating it. When you use InfusionSMS, I earn a few bucks. I’m pretty dang sure you’ll make more money than I will when you use it. Give it a try!

This example is among many that shows how you can take Email Marketing 2.0 to the next level in your business. It’s not just emails … it’s not just texting … it’s leveraging both platforms to accomplish the need to send the right message at the right time to the right people. When you think of Infusionsoft, think of it as the engine to your marketing machine – it can really do anything. 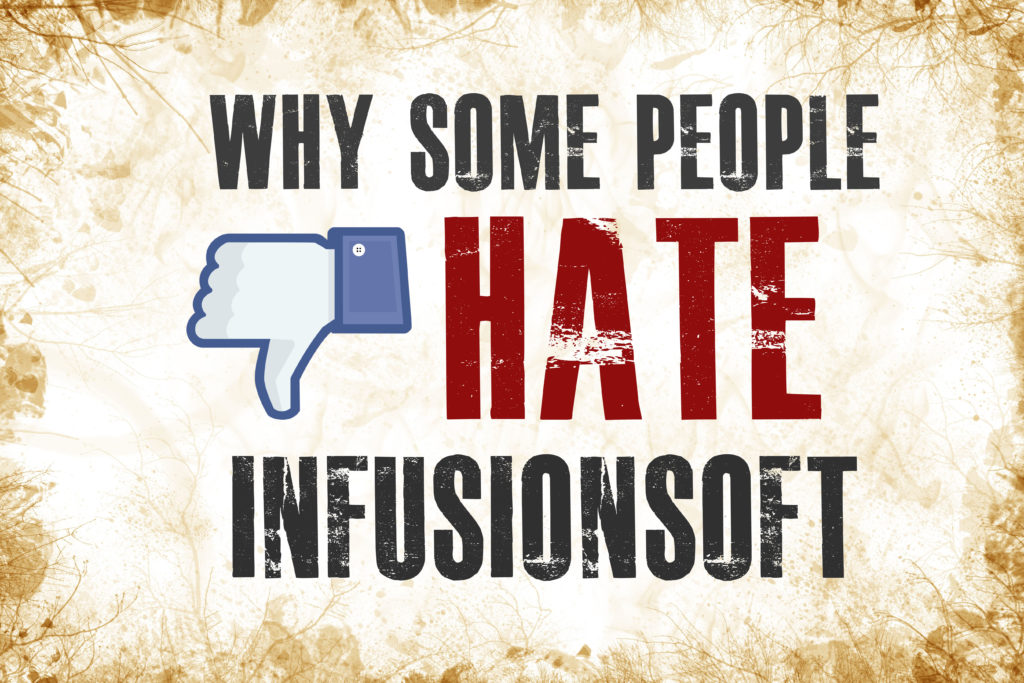