Our deepest moments of learning often come in the most unexpected ways.  This last week I learned powerful marketing lessons from a taxi driver in Bali that are etched in my memory forever.  The best part is that he wasn’t “teaching” and he never mentioned anything about “marketing”.

Since my young teenage years, I’ve wanted to surf the hollow, fast Indonesian waves I often admired in surf magazines.  I longingly read the articles and stared at the pictures of fortunate souls who seemed to “live the life” in the these tropical heavens.  Last week I was able to fulfill that teenage dream.  But, even more fulfilling than actually surfing the waves, was being there with my amazing wife and children.  Paddling into heavy surf with your own sons is both exhilarating and a bit nerve-wracking.  I’ll expound on that at another time.

After one of our best surf sessions, by two oldest boys and I trekked back up the beach and down a small road lined with shops at the end of an open-air market.  The vendors desperately tried to get our attention.  Noticing our surfboards and dripping hair, they clamored with offers of Billabong t-shirts, Vans sunglasses, and other “surf” attire.  As we reached the end of the market, the approaches changed.  They must have realized that we weren’t interested in their wares, but were instead seeking a ride back to our hotel.  The calls almost immediately shifted to “Taxi?”, “You need taxi?”.  “Yes!”, I responded.  And they yelled down the way to Dewa.

But, something strange happened during that short ride, and I ended up giving him 50,000 rupiah.  It wasn’t an act of pity or charity.  I felt he had truly earned and deserved more than what he was willing to charge.

Dewa became a person I really like in about 60 seconds.  By the end of our 8 minute ride, he was a friend.  A friend I hope to stay in contact with for the rest of my life.

How did he do it?  I wish I knew the exact formula.  I wish I could break it down into 5 easy steps.  But it’s not that easy.  I’ve ridden in hundreds of taxis.  Usually I’m tired (as I was after some good surf) and I just want to be left alone.  So, I’m often bothered by taxi drivers’ lame attempts at small talk.

In Bali, as in many places, taxi drivers don’t make much money.  They generally scrape a measly existence from their earning.  Dewa is no different.  I learned a lot about Dewa and from him in our 8 minute ride.

The first thing he did was relate to me.  He noticed I had my sons with me and asked how many I had.  I replied that I had 3 sons and the youngest was back at the hotel.  He shared that he had two daughters, one 7 years old, one three, and his wife was 6 months pregnant with their third and he hoped it was a boy.  He talked briefly about how his wife wasn’t working any more and its now tough for him to provide since he alone is the breadwinner.  He wasn’t begging or having a pity party.  He was just stating the facts.

Dewa asked how our trip was going and what other plans we had.  I told him we planned on going to the zoo the next day (by the way, the Bali zoo is a university in upselling – check it out if you ever get the chance).  Dewa offered to take us, but we had already arranged transport with a package from the hotel.

Dewa gave me a business card at the end of our ride and encouraged me to call him if we needed another ride anywhere else.  I had really enjoyed our ride with Dewa, but I didn’t think much of it at the time.  We had ridden in a few other taxis and I was gathering a small collection of business cards on our hotel desk.  Dewa’s card ended up on the desk in the pile along with the rest.

Two days later we went surfing at the same spot.  As we passed by the market it began to rain, hard.  The vendors immediately realized our plight and called to us, “Taxi?”.  “Yes!”, was again our reply.

I was pleasantly surprised to see Dewa waiting with a smile and his van door open.  We hopped in, immediately defiling his pristine van with rain water, salt water, sand, and mud.  I felt bad.  But Dewa instantly made us feel at home by saying “Hi Tyler, how was the surf?”.  How did he remember my name?  It had been two days and surely he had driven many other customers to and fro having similar conversations.  He also realized that my second son was not with us.  He wondered where he was.  And, to top it off, he asked how we had enjoyed the zoo the day before.  Dewa had remembered everything about us.  He had truly cared.  I think that was the key to his ability to form a bond and have a great conversation with us during the first ride.  He cared.  He was genuine in his concern for us.  He wasn’t just driving us to make a buck.  He loved doing it.

Again during our trip back to the hotel, he reminded me that we could call him if we needed anything.  We had been planning a trip to the other side of the island and I told him that I’d give him a call the next day to schedule with him.  I still had his card in the pile on the hotel desk.

The next day we went as a family to the open-air market where we met Dewa.  My wife wanted to do some shopping and my boys wanted a souvenir.  Dewa wasn’t there.  I was genuinely sad to not see him.  He was driving another customer on a day trip.  But I called him later that day to schedule our trip for the next day.  450,000 rupiah for the day was the price we agreed to (about $45).

I could write another 20 pages about the amazing day trip we had with Dewa and what eventually led to me paying him 1,300,000 rupiah instead of 450,000, but here’s a short list of how it went:

He was not a taxi driver.  He was a full-service tour guide.  He taught us about the culture, the temples we passed, the strange sights and smells.  He answered our every inquiry about Hinduism, their daily offerings, family culture (in which boys are more important than girls), and more.

He served as protector.  He watched over the surf boards tied on top of the van to ensure they were safe while we shopped an sight-saw.  He protected us from the mischievous monkeys at the Pura Uluwatu temple that were masters at stealing everything from sunglasses to food to flip-flops from tourists.  We saw one monkey steal a flip-flop right off of a tourists foot.  As she freaked out to her friends, another monkey stole the other flip-flop off her other foot.  Dewa kept us safe and taught us about the sacred part of the temple where they only enter wearing full white ceremonial clothing.

He shared much more about his family, the village where he’s from, why he came to the city, about his wife and his children.  He was real.  He told us that his wife is very pretty, but right now “about 50/50” since she is pregnant.  We laughed and told him that she must be more pretty since she’s pregnant.  He shared pictures of his girls and his wife.  Beautiful family.

He told us how he used to work for hotels doing cleaning work and odd jobs.  But, even though he makes less money driving, he’d rather do it because he doesn’t like a boss telling him what to do.  Of course I connected with that right away.  Dewa is an entrepreneur.  He said “8 hours feels like a year” when you’re working for someone else.  I couldn’t agree more.

I was shocked to learn that he owned his van.  I had noticed that other drivers were renting cars or were driving cars owned by someone else.  He shared that he had saved the equivalent of $5,000 for a downpayment and it then took him 5 years to pay off the rest.  He had just paid it off last year.  I could see the relief in his eyes as he talked about paying off his van and the pride in ownership and accomplishing that task.  His van is immaculate.  He’s kept extremely good care of his 6 year old van.

When we went to dinner I begged him to come with us.  He declined as he maintained his duty to watch over the surfboards still strapped to the top of the van.

When he dropped us off, I gave him a hug, just like I would any one of my close friends.  Dewa will always be a close friend to me.  I could scientifically try and break down how that relationship formed so quickly and so deeply, but its a futile effort since it seems there was almost something magical about it.

But, I can tell you a few things about how Dewa has converted himself from a poor farmer’s son into a relatively successful and extremely happy taxi driver:

These are simple reminders of basic business principles often forgotten.  His business model reflects perfectly Infusionsoft’s Perfect Customer Lifecycle.  If you’re a small business owner and not yet an Infusionsoft customer, you should check out a demo today or contact me for more info.  The software is not only transformational in what it can do for your business, but in what it teaches you about your business.

Dewa, thank you for helping us have a great vacation and for reminding me of these powerful business principles. 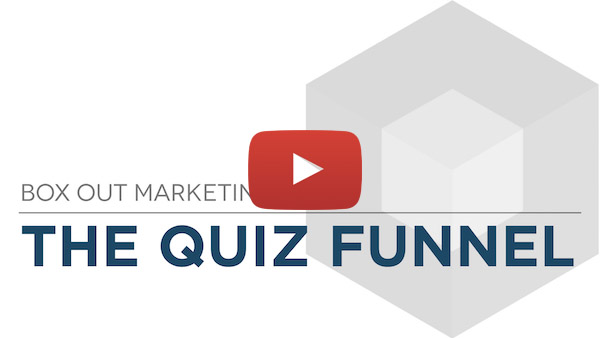 1 thought on “Business Lessons From a Balinese Taxi Driver”